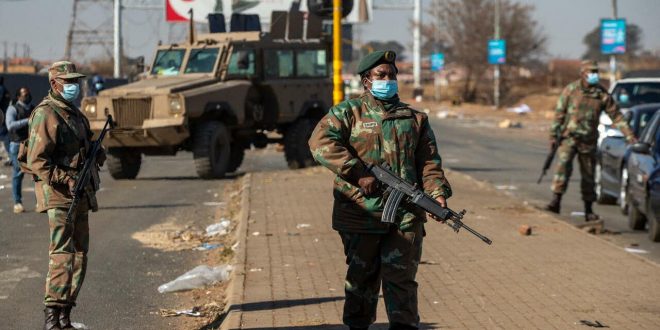 South Africa: 10,000 troops to be deployed for local elections

At least 10,000 South African soldiers will be deployed to the country to participate in security operations during the next local elections scheduled for next week.

The South African parliament on Wednesday noted that President Cyril Ramaphosa had authorised the military deployment to help the police ensure “a safe and secure environment” during the polls.

South Africans will go to the polls on Monday to elect their councilors and mayors.

The military deployment will begin on Saturday and will last for five days until 3 November.