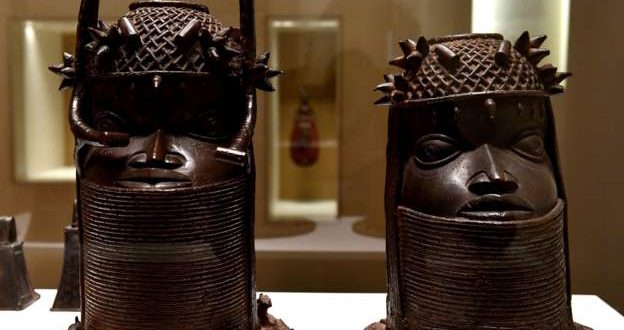 French president Emmanuel Macron has confirmed the return to Benin of 26 works of art, looted by French troops from the royal treasure house of Abomey in 1892.

After viewing the artefacts at the Quai Branly museum in Paris, Mr Macron said African youth should not be denied access to their own history.

Earlier on Wednesday, Britain returned to Nigeria a statue of a bronze cockerel looted from the Kingdom of Benin, now Nigeria’s Edo State, during the colonial era.