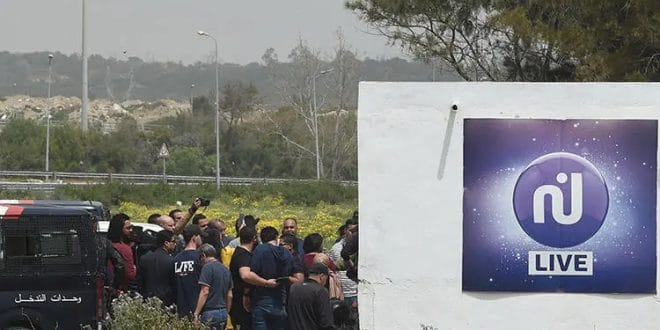 The Tunisian media regulator has shut down Nesma TV and religious station Quran radio for failing to provide a full broadcasting licence.

The two stations are known to be critical of President Kais Saied after his decision to suspend parliament in July.

Nesma TV is owned by former presidential candidate and media mogul Nabil Karoui who has been jailed in Algeria after fleeing Tunisia.

Earlier this month the authorities shut down Zitouna TV which is known to be close to Enahdha – an influential political party which is openly critical of Mr Saied.

Zitouna’s TV host, Amer Ayad, had also been arrested and jailed for reading a poem about dictators on air.