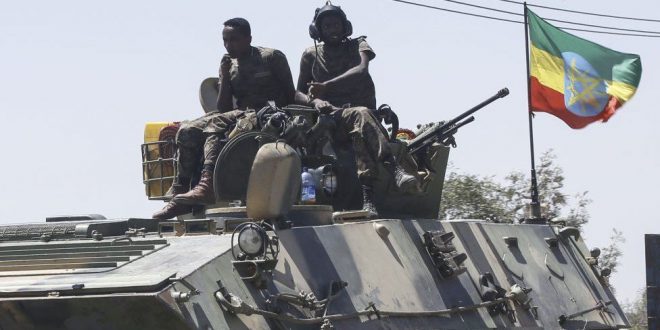 In Ethiopia, intense fighting is reported to be continuing around the cities of Dessie and Kombolcha in Amhara state between the Tigrayan rebels and the Ethiopian army with its allies.

Dessie is home to tens of thousands of internally displaced people who fled their homes as the war expanded to Tigray’s southern neighbour.

Kombolcha, on the other hand, is an industrial hub, home to the area’s main airport.

Meanwhile air strikes have once again been reported in the Tigrayan capital Mekelle.

The government’s communications office said the targets were parts of Mesfin Engineering, an industrial plant that was also hit by air strikes last week.

Rebel forces have not responded to the claim about the targets but senior figure Getachew Reda tweeted confirming the air raids in the city adding their “air defence unit” was “engaging enemy jets”.