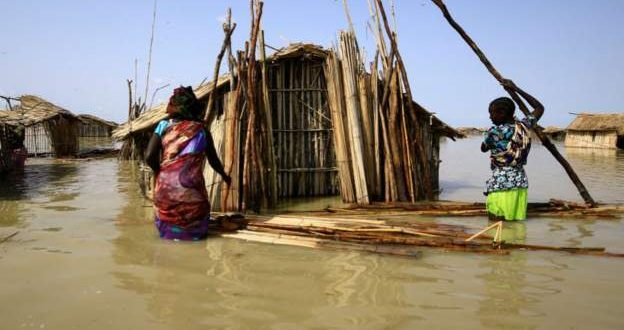 More than 700,000 people have been displaced by the worst floods to hit South Sudan in decades, according to figures by the United Nations.

At least 40 people have died across the country as heavy rains and flash floods destroy livestock, farmlands and homes.

Some of those who have fled have been displaced numerous times over due to conflict and three years of consecutive flooding.

Scientists have blamed climate change for the flooding in South Sudan and other countries in eastern Africa.