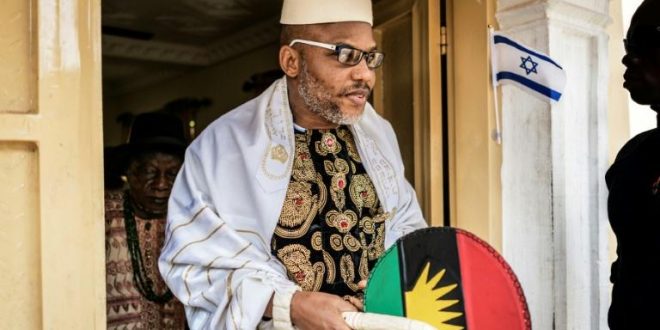 Nigerian separatist Nnamdi Kanu has pleaded not guilty to charges of terrorism and treason after appearing in court on Thursday.

His appearance in court was the first time he had been seen in public since he was captured abroad and repatriated in June.

Mr Kanu’s initial arrest in 2015 triggered protests by his supporters.

The authorities deem his Indigenous People of Biafra (Ipob) group a terror organisation.

Journalists were barred from entering the court in the capital, Abuja, with critics calling it a “secret trial”.