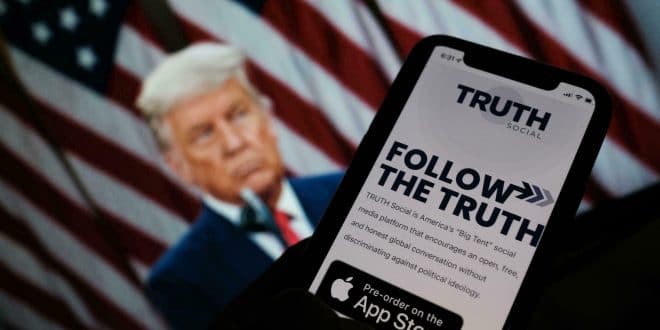 Former US president, Donald Trump, on Wednesday announced the launch of his own social network, “Truth Social”, after being banned in January from Twitter, Facebook and YouTube.

The former president wants to “resist the tyranny of the giants of technology”, who “used their unilateral power to silence dissenting voices in America,” he said in a statement.

The platform will be owned by the newly formed Trump Media & Technology Group (TMTG), a structure that will also provide video-on-demand service and “non-woke” podcasts, the statement said.

Donald Trump was ousted from Facebook, Twitter and YouTube after the violent assault on the Capitol by his supporters, during the certification ceremony of the victory of Democrat Joe Biden in the presidential election, on January 6.

Truth Social will be available in beta by invitation from November 2021, before a general launch in the first quarter of 2022, the press release said.