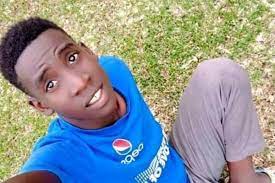 Armed robbers on Tuesday evening raided an electronic shop in Rukungiri municipality, Rukungiri District and shot a teen dead before injuring an unarmed guard as they fled with Shs50 million and unspecified number of mobile phones, Ugandan DailyMonitor reports.

The police spokesman for Kigezi region, Mr Elly Maate said the raid happened at around 8pm and the police responded in time to arrest one of the suspects from whom an SMG rifle was recovered.

“The armed robbers shot and injured an unarmed Saracen security guard at the scene of crime and as they were retreating, they shot and killed one Edward Tayebwa. The police responded timely and mounted an operation that led to the arrest of 19-year-old Dominic Twinomugisha”, Mr Maate said.

The police spokesperson also said they are hunting for Twinomugisha’s accomplices who are said to be on the run.