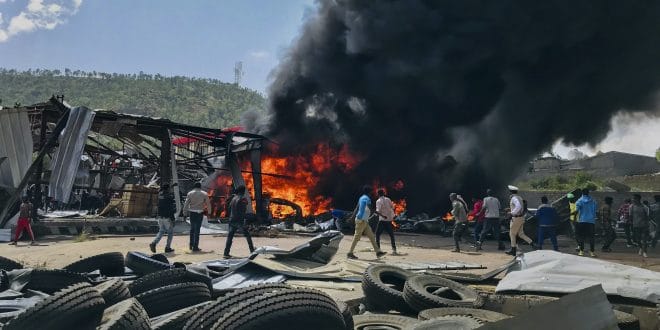 Tigrayan forces say Mekelle, the capital of the war-torn Tigray region in northern Ethiopia, has been hit by airstrike for a second time this week, reports said.

Kindeya Gebrehiwot, a member of the Tigray People’s Liberation Front (TPLF)’s central committee, tweeted about the airstrike being carried out in the city around 10:20 local time.

Residents have also confirmed the attack which left three children dead but the federal government has not yet commented on the reported attack.

There are reports of a intensive renewed fight between Tigray forces and Ethiopian army and its allies.