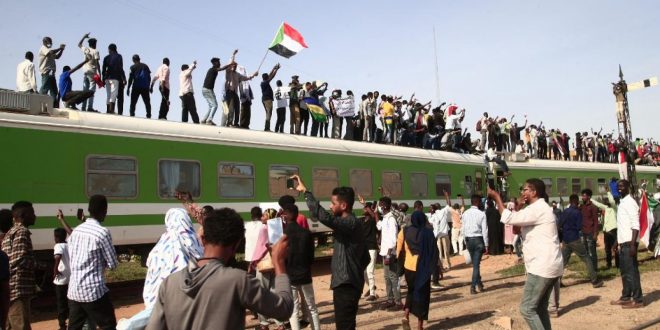 Sudan’s cabinet will hold an extraordinary meeting on Monday amid an escalating political row between factions of the ruling Forces of Freedom and Change (FFC).

The protesters gathered outside the presidential palace in central Khartoum demanding the dissolution of Sudan’s post-dictatorship interim government, saying it has failed them politically and economically.

Pro-government supporters are planning a counter-protest on Thursday.