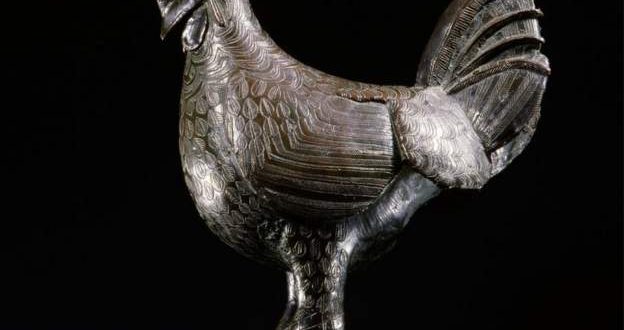 A Cambridge University college has announced that later this month it is to hand back a sculpture that was originally seized by British troops from the Kingdom of Benin in present-day Nigeria.

The bronze cockerel was one of thousands of artefacts looted during a punitive expedition in 1897.

It was then gifted to Jesus College by the father of a student who was studying there in 1905.

The current king or Oba of Benin, Ewuare II, welcomed the move and said it gave hope that others would expedite the return of artworks.

In recent years there have been growing calls for the plundered artifacts from across the world to be returned.

Germany and France have pledged to hand over hundreds of the Benin Bronzes which also include ivory carvings.