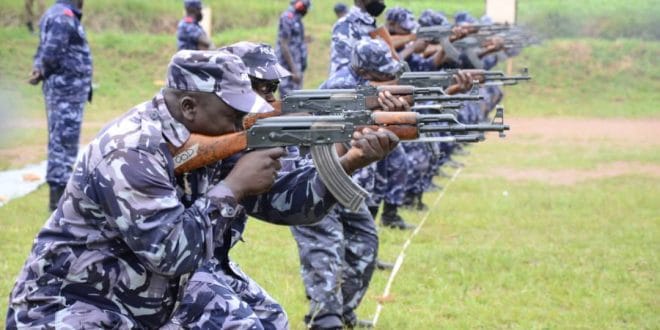 At least 160 Ugandan police officers will be deployed in conflict-threatened Somalia in December 2021, police said in a statement Thursday.

Ugandan police said in a statement that the officers up for deployment ‘‘on October 14 completed a six-month intensive pre-deployment training course in peacekeeping operations of African Union Mission in Somalia (AMISOM).’’

Somalia has for over ten years battled deadly insurgencies, humanitarian crises, political tensions and terror groups including the Al Shabab- in conflicts that have claimed and displaced tens of thousands in the nation of about 15m people, DailyMonitor reports.

In an interview granted to France 24 early September, Ugandan President Yoweri Museveni said: “The issue in Somalia is when internal forces do not come up to shoulder their responsibilities. They are always against one another. If they did corporate, the situation would have been solved.’’