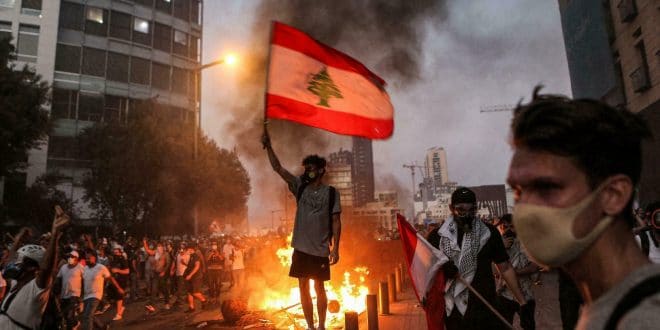 Lebanon: six dead and 30 injured in demonstrations in Beirut

Ibrahim AMEDAHEVI 14 October 2021 Asia, In the news Leave a comment

Six people were killed and thirty others injured Thursday during a demonstration organized in the Lebanese capital, Beirut by the Shiite movements Hezbollah and Amal.

The demonstrators demanded the dismissal of the judge in charge of the investigation into the explosion at the port of the Lebanese capital, which had left 214 dead and more than 6,500 injured in August 2020.

Ambulances were pouring in to take care of the wounded in the deserted streets, near the courthouse where hundreds of demonstrators had gathered to demand the departure of judge Tarek Bitar, at the heart of a smear campaign in recent days. AFP correspondents heard heavy gunfire in the area, as local channels showed men carrying small and medium weapons.

The explosion on August 4, 2020 and caused by the storage without precautionary measures of huge quantities of ammonium nitrate left at least 214 dead, more than 6,500 injured and devastated several neighborhoods of the capital.