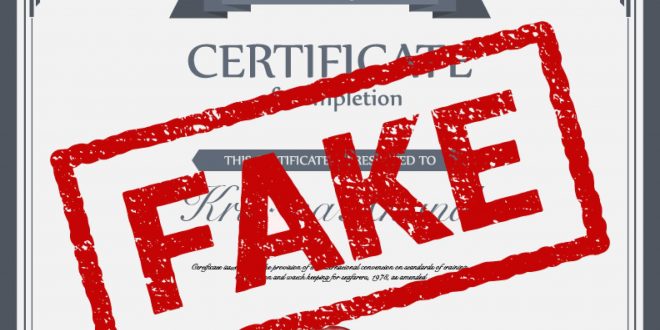 Ibrahim AMED 5 October 2021 Africa, In the news Leave a comment

Education authorities in South Sudan say they have found at least 500 fake academic certificates, a finding they say undermined the country’s education, the state broadcast reports.

He said the government was working with learning institutions, including secondary schools, to stamp out the practice.

He added that the country lacked special equipment to effectively deal with the problem.

In June, the labour and public service ministry said 400 state officials were found to have fake credentials, including PhDs, mainly from neighbouring countries.

Although the government promised to publish the list of these individuals who were said to be on its payroll and prosecute them, it has not done so.

According to the South Sudan Penal Code, forgery is an offence, and upon conviction, the accused is sentenced to imprisonment for a term not exceeding seven years and may also be liable to a fine.