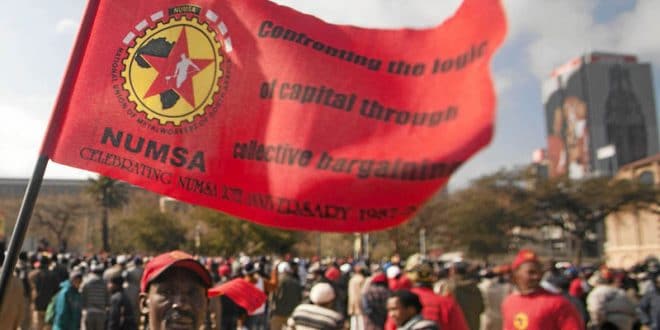 The National Union of Metalworkers of South Africa (NUMSA), one of the largest unions in the country, has announced the start of an indefinite strike.

The strike will affect some mining, construction, engineering and automotive companies whose employees are members.

Talks with the employer bodies have so far failed to reach an agreement.

In a statement, the union said: “we are left with no choice but to strike and to withhold our labour indefinitely until the bosses give into our just demands”.

South Africa has local plants that assemble major car brands including Ford, BMW and Nissan for export, the BBC reports.