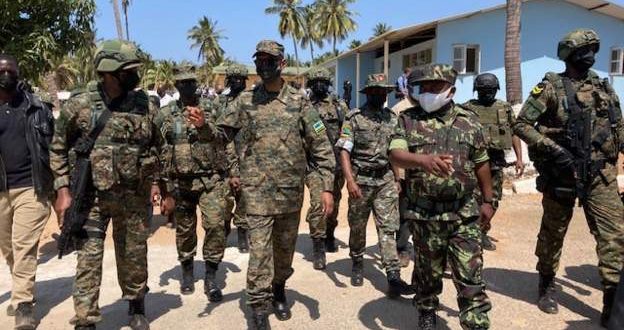 The Rwandan President Paul Kagame has visited the Rwandan troops which are backing the Mozambican forces to fight terrorists in the country.

The Rwandan troops say they have liberated 90% of the province from militants.