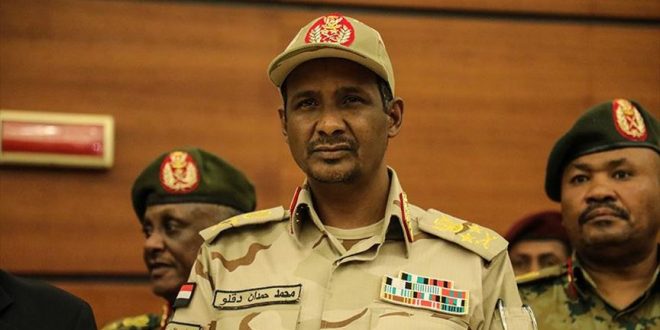 Sudan: VP Hemedti accused politicians of being the cause of the coup

The vice-president of the Sudanese Sovereign Council, Mohamed Hamdan Dagalo, “Hemedti”, accused the country’s politicians on Wednesday of being “the cause of military coups”.

This is what emerges from his speech at the graduation ceremony for military forces in the west of the capital, Khartoum, in the aftermath of a failed coup attempt led by some military personnel.

Hemedti said that “the causes of military coups are politicians who neglected services to citizens and were concerned about positions and the division of power.”

He added: “We have supported the consensus initiative of Prime Minister Abdullah Hamdok, but they (the politicians) have practiced exclusion and each side is trying to conspire against the other.”

Hemedti asserted that “we must agree on a national program and abandon the methods of treachery”, saying that “the crisis in Sudan will only be resolved by unifying efforts and working in a patriotic spirit”.