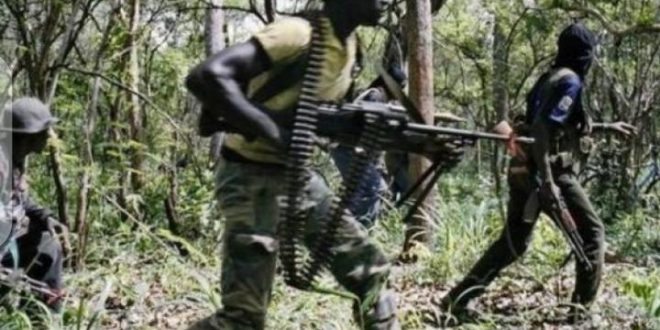 Chance Mihonya, a rebel leader in the Democratic Republic of Congo has been found guilty of war crimes and crimes against humanity and sentenced to life imprisonment.

Chance Mihonya who created a rebel group in the Kahuzi Biega National Park in 2017 was arrested last year and found guilty of kidnapping and torturing dozens of people from several villages in the park.

He was also convicted of recruiting child soldiers and exploiting the country’s mineral reserves.

Read also: Uganda: Yoweri Museveni due to issue a date for schools reopening

Rights groups say more than a hundred different armed groups operate in eastern DR Congo, where the UN says more than a million people have been forced from their homes this year by violence, BBC News reports.