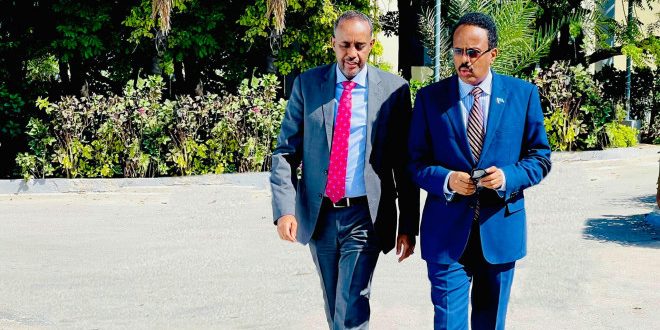 US urges Somali president and prime minister to resolve dispute

The United States has urged somali President Abdullahi Farmajo and PM Mohamed Roble to resolve their disputes in order to preserve stability and peace in the country.

The US said the dialogue between Somalia’s leaders, especially President Mohamed Abdullahi Farmajo and PM Hussein Roble is very important for the country to “quickly complete its ongoing electoral process”.

“We call on the President and the Prime Minister to avoid further provocative statements or actions and to resolve their disagreement over personnel appointments and their respective authorities peacefully,” a statement by State Department’s spokesperson Ned Price said.

But prime minister Roble has assured that his differend with President Farmajo won’t disrupt the parliamentary elections, scheduled between 1 October and 25 November