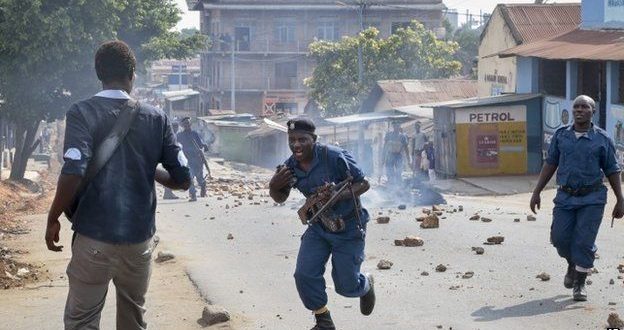 Burundi: at least three killed by blasts in Bujumbura

Three people were reportedly killed and dozens wounded after a series of explosions in the Burundian economic capital, Bujumbura.

According to witnesses, at least two grenades exploded in a bus parking area, causing panic.

A third explosion targeted a market and a fourth grenade exploded near a packed bus in the suburbs, BBC News reports.

This event follows a deadly grenade explosion in a bar in the Burundian capital, Gitega, and a mortar attack at Bujumbura airport on Saturday, which a rebel group (RED-Tabara) said it carried out.