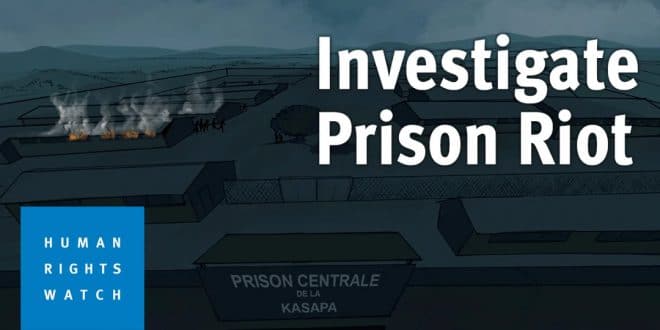 Human Rights Watch says the authorities in the Democratic Republic of Congo repeatedly ignored security warnings which preceded a prison riot last year in which inmates raped dozens of female detainees, including a teenage girl.

Nearly 2,000 prisoners in the city of Lumumbashi rioted in September 2020, setting fire to buildings and attacking female inmates for three days. Security forces reportedly shot dead at least 20 people during the riot.

“Several of the victims became pregnant and some contracted HIV”, said the rights group.

A year on, Human Rights Watch has called for an investigation so that those responsible for the abuses are prosecuted.

The right group also said survivors must be given medical care and mental health support.