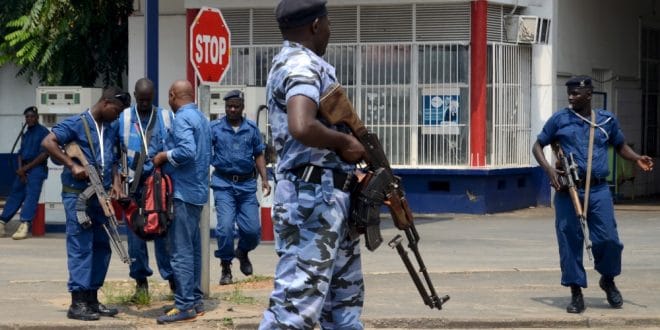 Burundi: a grenade blast kills two in a bar

At least two people were killed and several others injured in a bar by a grenade attack in the Burundian capital, Gitega, police said.

Reports from the city say the attack occurred in a bar, near a busy bus stand, on Sunday evening as people gathered for a drink.

The attack occurred a day after the RED-Tabara rebel group claims the attack of the international airport in the commercial capital, Bujumbura.

Gitega police chief assures that several suspects had been apprehended and investigations were continuing to identify who exactly was behind the attack.