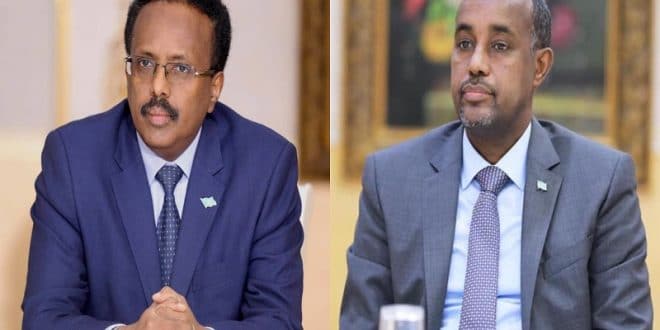 Somalia: Mohamed Roble stripped of his power by president Farmajo

Somali President Mohamed Abdullahi Farmajo has said he has suspended the prime minister’s power to hire and fire civil servants, exacerbating a growing rift sparked by the disappearance of spy chief.

The move comes a week after Prime Minister Mohamed Hussein Roble suspended the country’s intelligence chief, accusing him of failing to investigate what happened to the agent, Ikran Tahlil Farah.

But on Monday Somali Prime Minister Mohamed Hussein Roble has announced that parliamentary elections will be held in the country despite his differences with President Mohamed Abdullahi Farmajo.