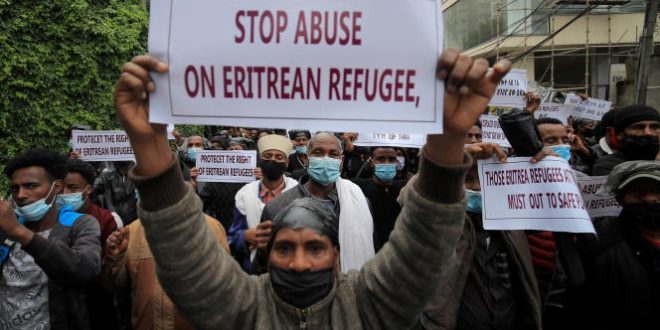 An international rights organization has accused the Eritrean soldiers and Tigrayan militias of raping, detaining and killing Eritrean refugees in Ethiopia’s northern region of Tigray.

Human Rights Watch’s report detailed attacks around two camps in Tigray, where local forces have battled the Ethiopian government and their Eritrean allies since November in a conflict that has rocked the Horn of Africa region.

Eritrea’s minister of information did not immediately return calls seeking comment, but Eritrea has previously denied atrocities and said their forces have not targeted civilians.

According to a spokesman for the Tigray People’s Liberation Front who denied the allegations, uniformed Tigrayan forces had only recently moved into the area and that it was possible abuses were committed by local militias.