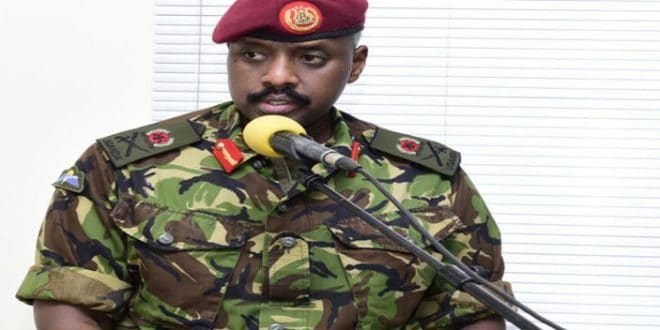 “Guinea coup could be crushed in a day”, Museveni’s son

The son of Uganda’s President Yoweri Museveni say it wouldn’t take the country’s army a day to put down any attempt by mutinous soldiers to stage a coup, similar to the one that ousted that ousted Guinea’s President Alpha Condé.

With a picture of Col Mamady Doumbouya, Lt Gen Muhoozi Kainerugaba who is the Ugandan army’s commander of land forces, tweeted that mutinous soldiers would be subjected to “discipline”.

Last week, Mr Museveni called on the coup leaders in Guinea to “get out”, saying that the takeover was a “step backwards”.

Mr. Condé who was overthrown on September 5 by soldiers from an elite unit led by Mamady Doumbouya has been accused of mismanagement, widespread corruption and human rights violations