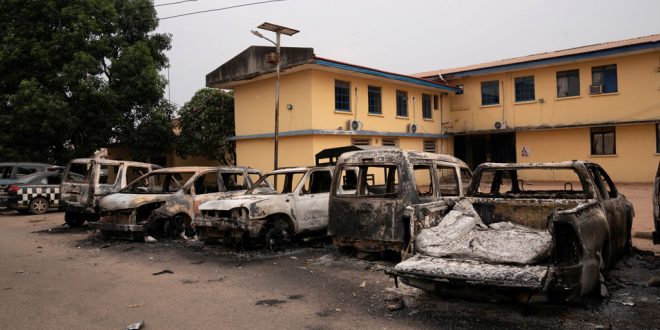 After the attack on a prison center by gunmen on Sunday, at least 240 prisoners escaped, officials from Kogi state in Nigeria said.

Nigeria’s prison service said a large number of heavily armed attackers arrived at the prison and fought a fierce gun battle with the guards.

Two security officers were reportedly killed, but this has not yet been confirmed.