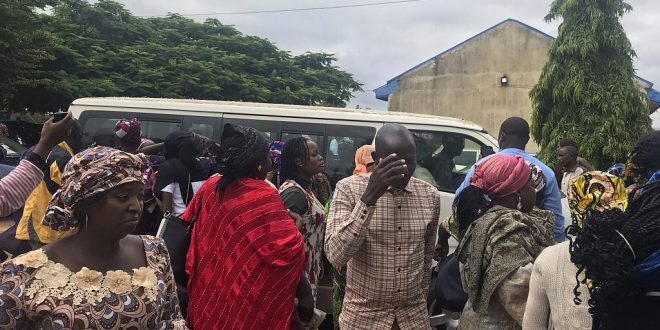 Dozens of children who were kidnapped by gunmen in north-west Nigeria nearly two weeks ago have been freed.

In a video, the governor of Zamfara state is shown with some of the male and female students from a state-run secondary school in Maradun District, BBC News reports.

They were seized from the school whilst writing their exams.

In the video, some of the girls said the gunmen had threatened to kill them whilst they were in captivity.

State officials did not say if a ransom was paid to secure their release.

In an effort to help prevent the frequent kidnappings, the authorities in Zamfara have shut down internet and mobile phone services.