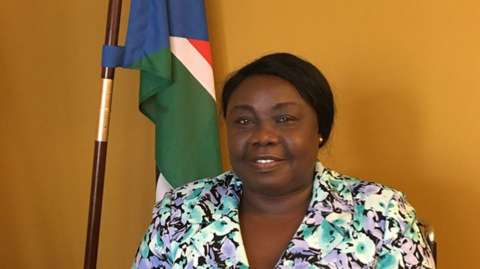 No reasons were given for her removal from office.

She has been replaced with Mayiik Ayii Deng, the former minister for presidential affairs who was sacked in June last year.

The veteran South Sudanese female diplomat was the second woman in South Sudan to hold the foreign affairs post.

The dismissal of Ms Khamisa has generated social media frenzy among South Sudanese – both at home and in the diaspora.

Some online users have condemned her sacking and replacement with a man – saying it’s a blatant violation of the 35% affirmative action allocated to women in the revitalised peace agreement.