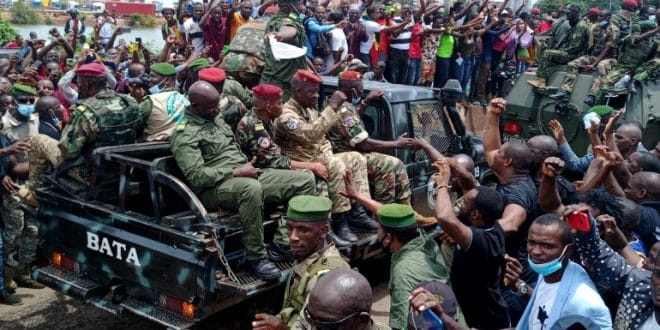 A video that appears to show US soldiers driving among crowds of people in the Guinean capital, Conakry, has been fueling speculation that America had some involvement in this week’s coup.

But the US has said it was not involved in the coup and has in fact condemned it.

In a statement, the US state department said that some US service members were involved in a joint training exercise outside of Conakry, a correspondent for the Reuters news agency has tweeted.

“Given the changing security situation, it was decided that the team would be relocated to the US. Embassy in Conakry. Guinean security forces provided an escort to Conakry to ensure the safe passage of the team,” Hereward Holland quotes the statement as saying.