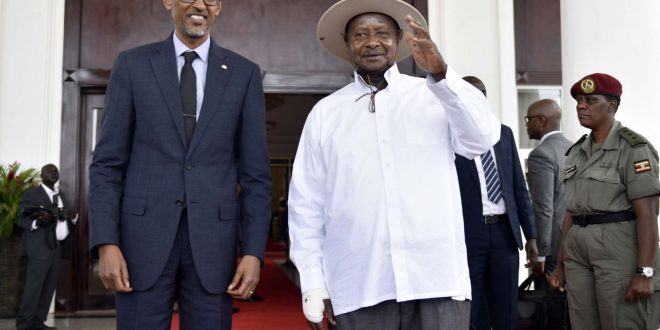 Paul Kagame urges Rwandans not to go to Uganda

Rwandan President Paul Kagame urged his fellow citizens not to visit Uganda. Indeed, relations between the two countries are deteriorating.

In a televised interview on Sunday on State agency, Rwanda Broadcasting Agency, President Kagame said Rwandans fear travelling to Uganda due to the alleged illegal arrests and torture they face.

“There is only one way to avoid this problem; by not going there (to Uganda). Do not go there because if you cross the border and they arrest and beat you or rob you, and you come back, what do you want me to do…,” President Kagame said.

“That is another country and it has another way it is governed and I have no authority in that country. The only advice I can give to you is that do not go to Uganda,” he repeated the advice.

Rwanda issued a travel advisory against Uganda in March 2019 and closed its most lucrative border with Uganda.

This came after Rwanda accused Uganda of supporting and facilitating rebels, as well as of illegally arresting and torturing its citizens.