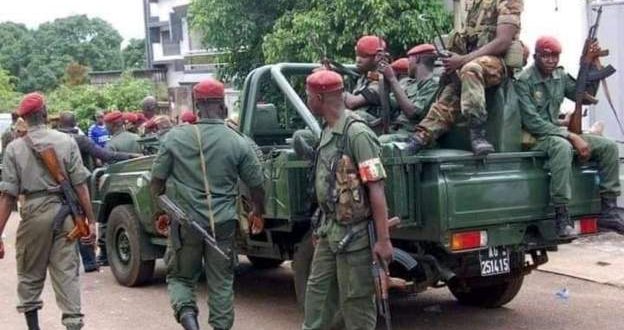 Guinea: coup leaders call for meeting of all ministers

Soldiers who carried out the coup in Guinea on Sunday ordered government ministers and national figures to attend a meeting later on Monday.

The special forces officers warned that anybody who failed to appear would be regarded as a rebel.

Regional governors have been replaced by military commanders.

An indefinite nationwide curfew is in force.

The head of Special Forces, Colonel Mamady Doumbouya, said his soldiers had seized power because they want to end rampant corruption and mismanagement.