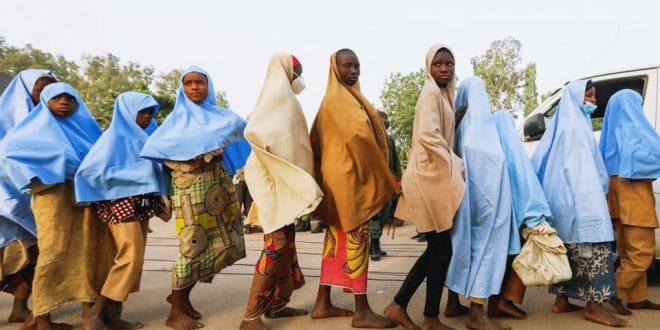 Five girls among dozens of students abducted from a secondary school in the northern Nigerian state of Zamfara have escaped from captivity.

Gunmen attacked their school in Kaya-Maradun town on Wednesday and seized more than 70 students, most of them girls and a senior member of staff.

Parents of the students told the BBC that the children managed to escape when the gunmen were splitting them into groups for further movement into a forest. They returned home late in the night.

The Zamfara police confirmed the development but said that the schoolgirls were “rescued” without giving details.

Security forces say they’re trying to locate the other dozens of students still in captivity.

It comes as kidnappings for ransom continue to worsen in the country.

Since last December, armed criminal gangs have abducted around 1,500 students in the region. All schools have been closed in the state following the latest mass abduction.

Victims usually spend weeks or months in captivity inside forests without proper shelter, food or medication.

Read also: Zambia: the parliament has now a woman as Speaker, Nelly Mutti

Most of them have been freed after ransom payments, which observers say are fuelling the crisis.