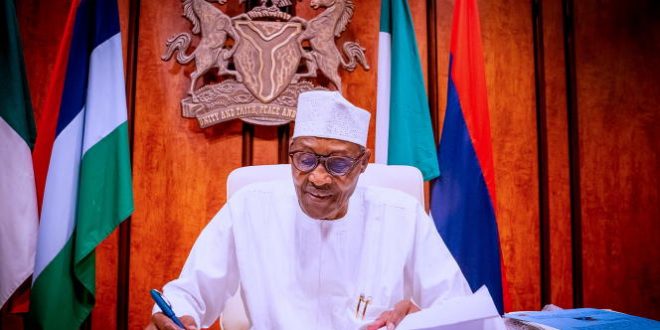 Nigerian president Muhammadu Buhari has sacked two of his ministers in a rare reshuffle. Those affected are the minister of Agriculture and Rural Development Mohammed Sabo Nanono and his counterpart from the Ministry of Power, Sale Mamman.

The cause of their removal has not been evoked but a statement from the presidency says Mr Buhari took the decision after an “independent and critical self-review” of government programmes and policies.

It adds that such reviews help the administration “identify and strengthen weak areas, close gaps, build cohesion and synergy” in governance and in managing the economy.

Boosting agriculture and the economy have been among Mr Buhari’s priorities.

President Buhari, who came to office in 2015, rarely reshuffles his cabinet.