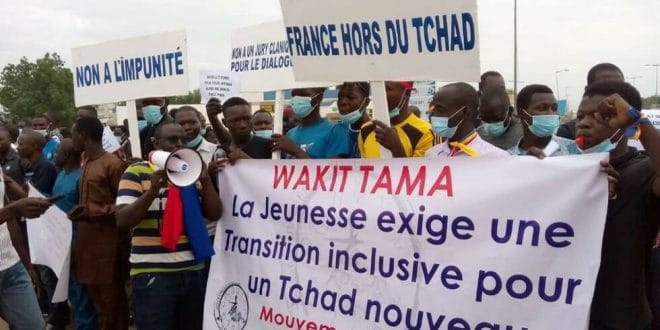 Opponents of the Transitional Military Council in Chad stand against the current version of the inclusive national dialogue project that they consider unrepresentative of Chadian society.

The Reflection and Action Group for the June 1 and the Wakit Tama coalition have decided to unite against the government after the establishment of the organizing committee for the inclusive national dialogue.

For them, this committee is not representative of all components of Chadian society.

Read also: “There is no evidence of ebola’s presence in Ivory coast”, WHO says

“The path followed by the Transitional Military Council is not likely to appease the Chadian people and restore peace”, said Professor Avocksouma Djona, one of the members of this new alliance,.