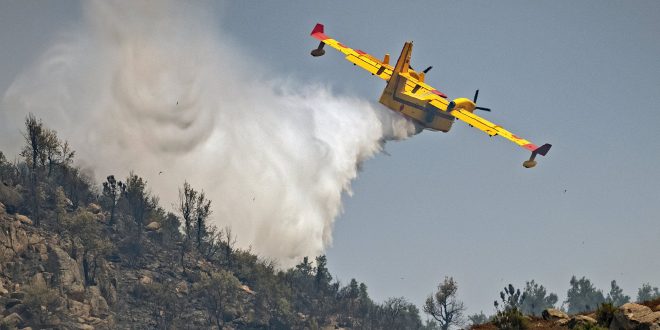 After Tunisia, it is the turn of Morocco to be affected by wildfires. Fortunately, firefighters in Morocco were fighting to contain forest fires in the mountainous Chefchaouen region in the north.

Moroccan forces on Monday posted to Twitter pictures of the attempts to put to put out the fires:

Neighbouring Tunisia and Algeria have been experiencing forest fires in the past week amid a heatwave sweeping across North African countries.

The Algerian authorities on Monday said the wildfires that had been raging in the country for the past week were now “under control”.

“Most of these fires have been brought under control and don’t represent a danger to residents,” Col Farouk Achour, a spokesman for the civil protection authority, was quoted by the AFP news agency as saying.