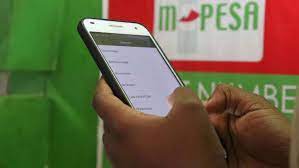 A businesswoman in Kenya has pleaded guilty to keeping money sent to her erroneously on a popular mobile money transfer platform, the Nation news site reports.

She withdrew part of the money and was in talks with Mr Mohamed to refund the rest, she told the court.

Read also: After Greece, Portugal in turn hit by a major forest fire

On Monday, a magistrate judge in Kajiado county, south of the capital, Nairobi, ordered Ms Muthoni to pay a $1,800 fine or risk a two-year prison sentence.