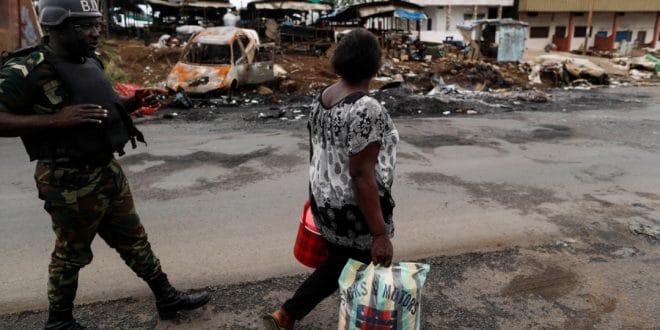 More than 10,000 people have fled northern Cameroon after deadly clashes between fishermen and herders from two neighbouring communities.

The clashes have led to the death of 20 people so far.

Those fleeing from the region have sought assistance in neighbouring Chad.

Clashes began following a dispute between an ethnic Mosgoum fisherman and an Choah Arab herder.

The fisherman had built a dike to hold fish in an area the herder came to water his cattle. One of the cows died in the dike leading to the disagreement between the communities.

Read also: Germany: several people taken away by the collapse of a bridge in Bavaria

The army was deployed to the area. Authorities say it is the worst ethnic clashes incident in recent days.