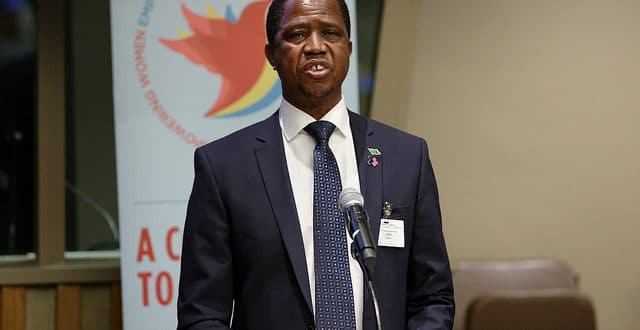 Zambia’s ruling party, the party of outgoing President Edgar Lungu has conceded its defeat and congratulated opposition leader Hakainde Hichilema for his victory in the presidential election.

“The Patriotic Front Party would like to congratulate the president elect, Mr Hakainde Hichilema, on his deserved victory,” the party announced on its Facebook page.

The statement said the party would take time to assess what went wrong.

In another post it announced that the “transition process is underway,” adding that security for the president-elect had been dispatched.

Mr Hichilema garnered more than a million votes to defeat the incumbent.

It was his sixth attempt at winning the presidency. His supporters have been celebrating on the streets of the capital, Lusaka.

Read also: Nigeria: at least 21 dead in a road accident caused by floodings

Earlier, Mr Lungu had alleged that the elections were not free and fair.