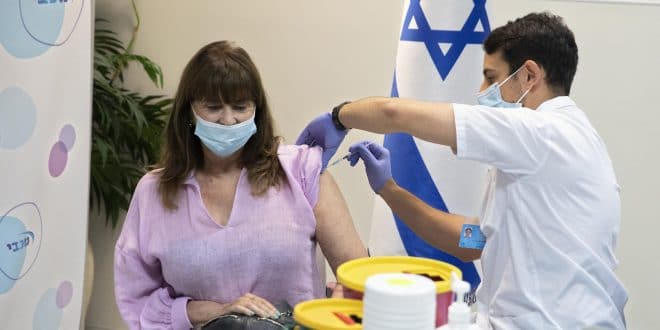 COVID-19: Israel to lockdown its population despite the administration of a third dose

Faced with the sudden increase in cases and hospitalizations in the country, the new Israeli government is considering strong new measures on the sidelines of the upcoming Jewish holidays.

While the Jewish state seemed more or less out of the woods several weeks ago, a rapid vaccination had allowed an early deconfinement of the population, the health situation is tightening in some regions of the country. Particularly worrying, the number of average cases over a week which has risen beyond 3,500 thanks to the spread of the Delta variant, a rate which, if reported to the population, would be higher than that of France.

In fact, this unstable situation could push the authorities to establish a new containment, which would be the fourth since the start of the Covid-19 crisis. As explained by the media The Times of Israel, the new Prime Minister of the country, Naftali Bennett, told several of his collaborators that a confinement operated during the next Jewish holidays including Rosh Hashanah, Yom Kippur and Sukkot, next September , was being considered.

“We try everything not to come to that but, if we find ourselves in a situation where the health system is stretched to the point that we fear its collapse, there will be no choice,” warned of his side Nachman Ash, the director general of the Ministry of Health.

So, in order to give new impetus to vaccination, the local authorities, in particular before the holding of religious holidays, insist on vaccination among the youngest.

Read also: Germany: trial of a man suspected of cannibalism

For their part, people over 60 years of age are called upon to receive a third dose of the vaccine, although the effect is not yet fully scientifically proven.