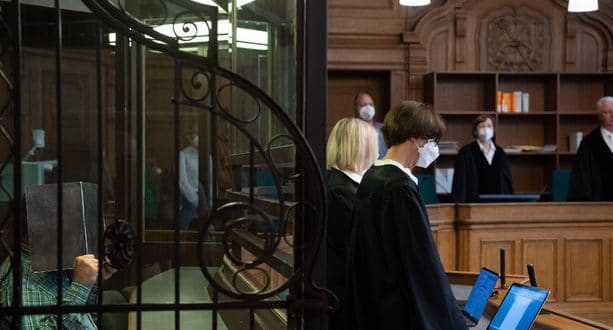 Germany: trial of a man suspected of cannibalism

The trial of a 41-year-old teacher suspected of murder and cannibalism on another 40-year-old began Tuesday in Berlin, a sordid news item that shocked Germany.

The suspect Stefan R., dressed in a green checkered shirt, remained impassive when reading the charge and did not speak. The prosecution suspects him of “sexual homicide with aggravating circumstances”.

Almost a year ago, he allegedly killed another 43-year-old man in his apartment “in an as yet unknown” way, before eating parts of his victim.

The two men would have met shortly before through an online dating site. Tuesday’s hearing was interrupted at the request of the defense, which criticized the prosecution for not having presented the entire prosecution case to the court. The judge immediately ordered a postponement of the hearing for one week.

The package was revealed in November after walkers discovered fleshless human bones in a park in northern Berlin. The investigation had established that these were the remains of a missing man.

It was by analyzing the victim’s phone that the investigators were able to identify a taxi driver who had driven him to the home of the accused. The police then found traces of blood, other parts of the body and several tools, including a bone saw, in the suspect’s apartment.

It is about a professor of mathematics and physical sciences in a secondary school in the district of Pankow, in the north-east of the capital, According to German media.