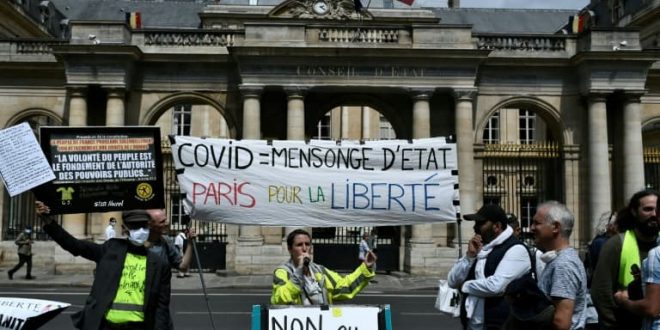 COVID-19: the French demonstrate again against the health pass

After the validation Thursday by the Constitutional Council of the main part of the law which will extend from Monday the health pass to new public places, as well as an obligation of vaccination for caregivers, the French decide to demonstrate Saturday throughout the France.

About 140 events are planned across the country this Saturday.

Four demonstrations were declared and accepted in the capital. A first was filed by the Sophie Tissier yellow vest in the name of the Paris Liberté movement. But according to territorial intelligence estimates, it would only bring together 40 to 80 people.

Another declared by a movement of yellow vests, is considered the most risky event and 3000 to 6000 people are expected.

“This is the most risky event, including departures in wild processions. Particular attention will be paid to it,” a police source told AFP who also mentions a particular “vigilance” around the Champs-Elysées.

Last weekend, the protest brought together more than 200,000 people, against 161,000 a week earlier according to the Interior Ministry. “We expect the same number of demonstrators globally,” predicts a police source to AFP.