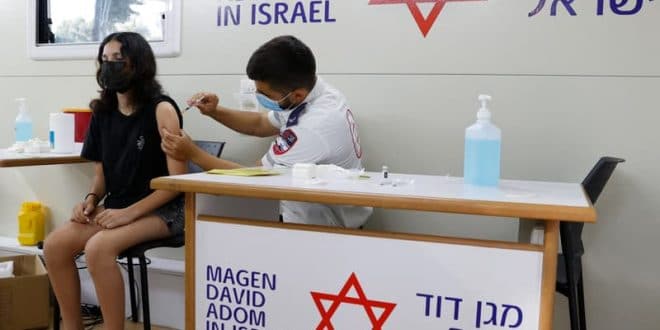 Covid-19: Israel persists with third dose, despite WHO call

Ibrahim AMEDAHEVI 6 August 2021 Coronavirus, In the news Leave a comment

Despite the World Health Organization’s (WHO) call for a moratorium, the Israeli government on Thursday continued to administer third doses of the anti-covid vaccine to people aged 60 and over.

President Isaac Herzog, opposition leader Benjamin Netanyahu and Prime Minister Nafatli Bennett’s mother received this third dose, a booster shot aimed at strengthening the immune system in the face of the spread of the Delta variant, which is more contagious than the others.

On Wednesday, the boss of the World Health Organization (WHO), Tedros Adhanom Ghebreyesus, called for a moratorium on the administration of these booster vaccines, in order to leave these doses available to countries that have not been able to immunize only a tiny fraction of their population.

The Israeli government has not commented directly on the WHO request, but has indicated its intention to continue giving booster doses.

“Those aged 60 and over who have not yet received a third dose are six times more likely to be seriously ill or even die,” said Naftali Bennett.