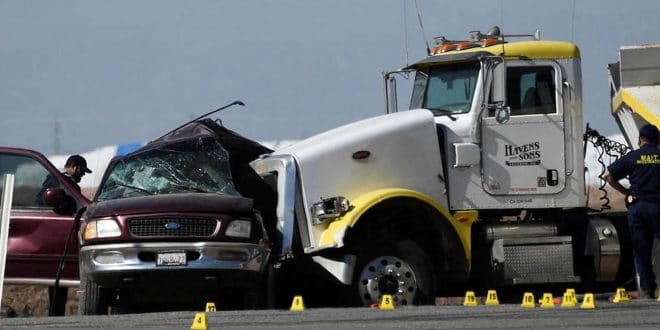 At least ten people died in Texas, near the border with Mexico, in the crash of a van carrying around 30 people who could be illegal migrants, local authorities said Wednesday.

Texan authorities have said they are investigating a “major accident” near the town of Falfurrias, a few kilometers from the border with Mexico. A Ford pickup truck was speeding north on a freeway when it skidded, hitting a metal utility pole and traffic sign, according to a witness.

“The driver and nine passengers died at the scene of the accident,” said the Texan authorities. According to a local official, around 30 people were in the vehicle.

The use of overloaded vehicles is characteristic of the modus operandi of migrant smugglers at the border between the two countries.

In March, an alleged smuggler was charged after 13 people died in the collision between a heavy truck and a crowded vehicle in southern California.