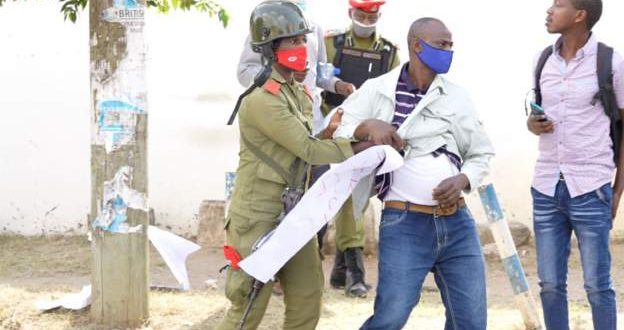 Tanzanian police have arrested some of those demonstrating in support of opposition leader Freeman Mbowe, who has been accused of terrorism-related crimes.

The court case of Tanzania opposition leader Freeman Mbowe, which was to be held virtually, has been postponed after technical difficulties.

Nevertheless, party supporters who had turned out on the streets to back him were dispersed by police and some were arrested.

Mr Freeman Mbowe was arrested ahead of planned meetings to discuss constitutional reforms.