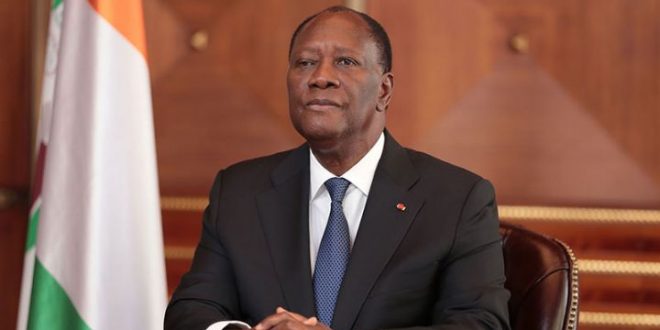 Ivory Coast: Alassane Ouattara self-isolates after contact with a person positive for covid

Ivory Coast President Alassane Ouattara is in self-isolation after being in contact with someone who had tested positive for Covid-19, the presidency has said.

The name of the person was not revealed.

President Ouattara has encouraged the Ivorian population to get vaccinated while respecting the protection measures in place in order to fight the disease.

Ivorians will be celebrating the country’s Independence Day on 7 August.

If the president’s isolation is prolonged he might not be able to take part in the official Independence Day ceremony as is usually the case.