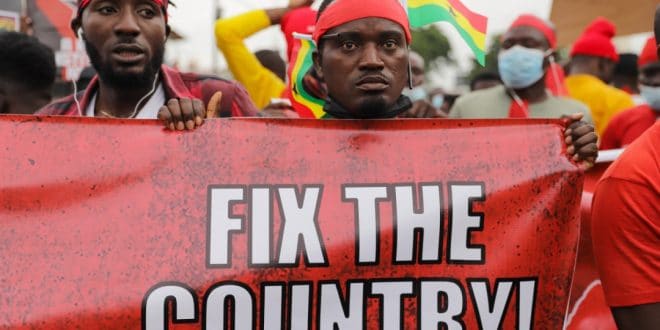 Several thousand anti-government protesters have marched through the streets of the Ghanaian capital, Accra, to call for action to address the country’s economic and social challenges.

A social media campaign under the slogan “Fix The Country” has gained momentum in recent months.

Some on the streets are against the president’s decision to build a $200m national cathedral. They argue that bigger priorities including education and housing needed to be addressed.

The protests started in March when a court dismissed an opposition challenge to Mr Akufo-Addo’s re-election in December.