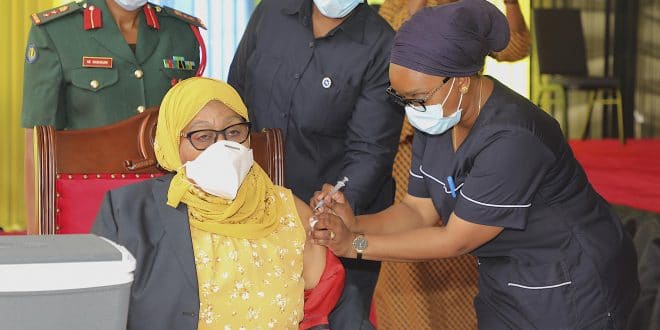 Tanzania officially launches its immunization programm. The country has opened 550 vaccination centres in order to curb the spread of the coronavirus pandemic.

The country, which is facing a third wave of the pandemic, has received a million doses of the single-jab Johnson & Johnson vaccine from the US under the Covax scheme.

President Samia Suluhu Hassan, who got her injection last week, said Tanzania has placed another order for the vaccine through the African Union as part of its plan to initially target more than 60% of the population.

Read also: Towards a 3rd dose of vaccine in Israel, Germany and elsewhere

The country was one of the last on the continent to receive any vaccines.