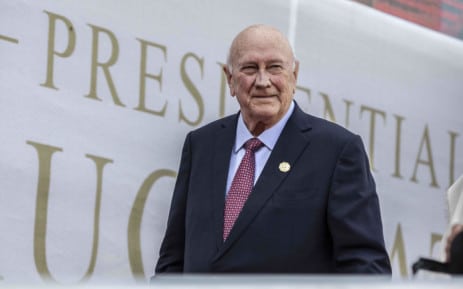 Frederik Willem de Klerk, the South African apartheid-era President, has been diagnosed with cancer. The announcement has been done by his foundation.

It said the former president was found with “mesothelioma, which is a cancer that affects the tissue that lines the lungs”.

According to his foundation, he would start a course of immunotherapy next week.

“There is no immediate threat and we are confident that the treatment will be successful,” the De Klerk foundation said.

Mr De Klerk shared the 1993 Nobel Peace Prize with Nelson Mandela after helping to negotiate an end to apartheid.