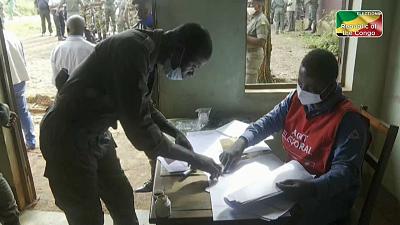 In Congo, security forces have started voting in the town of Dolisie, ahead of Wednesday’s presidential election. They are a total of 12,000 soldiers and police to vote.

Congolese authorities say this would free up security forces, and allow them to focus on securing polling stations on Wednesday.

But most of the opposition candidates have pointed the move as an fraud attempt, that would give President Denis Sassou Nguesso a headstart in the election.

The National Electoral Commission has said the security forces ballots will be counted at the same time as those of the civilians.

Denis Sassou Nguesso, 77, who has spent 36 years at the head of Congo, now faces 6 candidates, amongst which two of his former ministers, Mathias Dzon and Guy-Brice Parfait Kolélas.