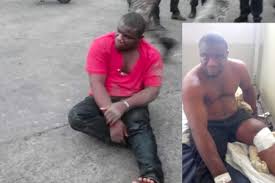 Jonathan Carreidas 17 March 2021 Africa, In the news Leave a comment

A senior Liberian police officer has been admitted at a hospital in the capital, Monrovia, after he was wounded in the leg in a late night shootout with armed robbers, BBC quoted Patrick Sudue police chief as saying.

A notorious ringleader of an armed gang was killed in the incident, Mr Sudue said.

Armed robbery is on the increase in Liberia with law enforcement agencies complaining that they do not have enough resources to respond effectively.

They also say that armed robbers have moved to rural areas where the police’s presence is limited.